Swedish-based NetEntertainment (NetEnt) is one of the major game developers for online casinos, especially on the European market. A majority of the games are slots, but NetEnt also offers many other game types, such as table games, video poker, scratch cards, keno games, and bingo games.

Examples of famous slots from NetEnt:

NetEnt began launching HTML5 games in 2017. The advantage of these games is that they can be played on both computers, smartphones, and tablets. Therefore, there is no need to release a special touch-screen adapted version of the game.

With HTML5, there is no need for Flash, which is a great thing since Flash has been plagued by security problems for several years.

By the end of 2017, over 70 NetEnt games were available as HTML5, and the library has grown significantly since then.

Many owners of famous brands have selected NetEnt to make a slot machine based on their movie, TV-series, band, etc.

Here are a few examples of branded slots from NetEnt: 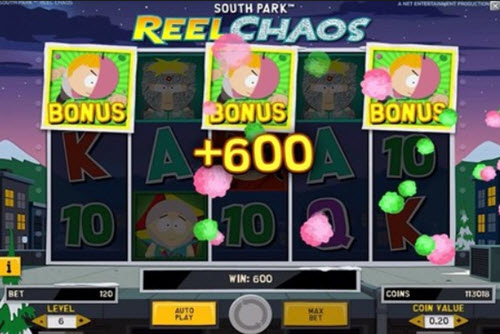 Many of the largest progressive jackpots in the history of online casino gambling have been paid out by NetEnt games. If you want to have the option to win really big, you can, for instance, try out one of these slots:

Some of the progressive jackpots are pooled and thus fed jointly by NetEnt players in a multitude of online casinos. Others are local and unique to each individual online casino.

NetEnt offers various live games. With a live game, you don’t have to put your faith in a random number generator. Instead, the game is played like in a brick-and-mortar casino. The blackjack tables use real physical decks, a real ball spins around the in roulette wheel at the roulette table, and so on.

NetEnt is one of the pioneers in the world of online gambling. They have been around since the turn of the millennium when online casino gambling was still in its early infancy, but their roots go back even further since they are ultimately an offshoot from the Cherryföretagen, and Cherryföretagen started out as AB Restaurang Rouletter back in 1963. Back in the days, AB Restaurang Rouletter provided roulette tables for restaurants and nightclubs in Sweden.

In addition to their headquarters in Sweden, NetEnt also has offices in places such as Malta, Gibraltar, Ukraine (in Kiev), Poland, and the USA.

As of 2018, the NetEnt’s former CFO Therese Hillman is the company CEO.

Examples of recent milestones for NetEnt: